Home » News » Christia Vassiliou: This is what it’s all about…

Christia Vassiliou: This is what it’s all about…

I would like to share a deeply enriching story of mine with you. It all has to do with the most valuable friendship I made earlier this year, with Mehmet Cem Ulgen. The significance of this friendship is that Cem is from Turkey and I am from Cyprus. It is to all known that the two countries have been at political impasse for years, as a direct result of the 1974 Turkish invasion of Cyprus, when the Turks occupied the Northern part of the island.

I was really looking forward to meeting the Turkish boy that would not only be in the GRSP program, but would also be in my school. At the same time, I was very apprehensive about Cem; I was worried that he would be fanatically patriotic, therefore harboring hatred towards all Cypriots. Fortunately, this was NOT the case. Cem and I totally disregarded each others nationalities and gave our friendship a try. It did not take long for both of us to discover that we had a lot in common, and became friends instantly.

It was fun spending time with Cem: having lunch at the University cafeteria, going out with friends, listening to music and talking for hours, not to mention drinking what he calls Turkish and what I call Greek coffee!!! We even discussed the on-going conflict between our countries, but always respecting each other’s opinion on the issue. After all, the disputes are between our countries, not between us. Cem and I believe that all people can do exactly the same thing and live together as one. Our friendship is living proof that PEACE IS POSSIBLE!

Even though our wish is easier said than done, I am proud to say that knowing Cem has made my beliefs stronger, that sooner or later there will be peace between our countries in particular, and hopefully the world in general. I believe that one day I’ll be able to visit him in Turkey and he’ll be able to visit me in Cyprus. One day, we the younger generation will show to the whole world what Rotary and the GRSP has given to us: love, friendship and understanding — not only between us, but between our nations, as well. Only then will we be able to express what is deep in our hearts: that Peace is indeed Possible!” 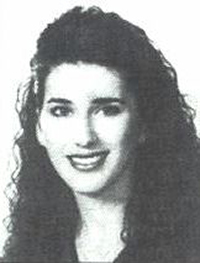 Bringing Nations Together Since 1946